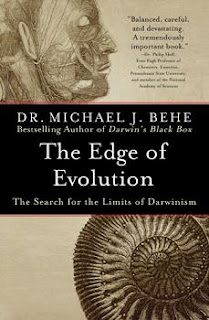 Michael Behe thinks the main thesis of his book, The Edge of Evolution, has been vindicated by a recent paper (Summers et al., 2014). He is wrong, as I discussed in a previous post [Michael Behe and the edge of evolution].

PZ Myers and Ken Miller have already made the same points that I make but the IDiots never listen when their view are challenged. Instead, they go on the attack and claim that the latest publications refute evolution and support Intelligent Design Creationism.

Behe is certain that he's right. He's so certain that he has issued a challenge to Myers and Miller [An Open Letter to Kenneth Miller and PZ Myers]. I'm going to try and do some calculations to meet his challenge but I'm not certain if I'm doing them correctly. Please help me find any mistakes. 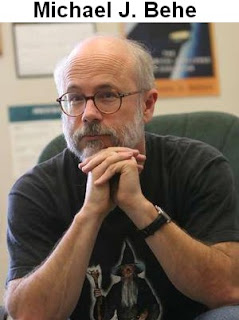 In your recent post on an earlier reviews of my book The Edge of Evolution you toss out a lot of words, but no calculations. You downplay FRS Nicholas White's straightforward estimate that—considering the number of cells per malaria patient (a trillion), times the number of ill people over the years (billions), divided by the number of independent events (fewer than ten)—the development of chloroquine-resistance in malaria is an event of probability about 1 in 1020 malaria-cell replications. Okay, if you don't like that, what's your estimate? Let's see your numbers.

I can't speak for Myers and Miller but I don't have a problem with the idea that chloroquine resistance in Plasmodium falciparum is a rare event. As the Summers et al. paper shows, effective resistance requires several mutations. This has been known for a long time. That's why it's rare.


The malaria literature shows strong population genetics evidence for fewer than ten independent origins of resistance. The riddle is, why so few? Show us all your calculation for that. Here's a number to keep in mind—1012. That's roughly the number of malarial cells in one sick person. Here's another—10-8. That's a generous rounding-up of the mutation rate for malaria. (Multicellular eukaryotes are an order of magnitude less.) That means on average ten thousand copies of each and every point mutation of the malarial genome will be present in every person being treated with chloroquine.

Hmmm ... something doesn't sound right. Let's assume that Behe is right about the total number of cells in an infected individual (= one trillion, 1012). Let's also assume that this applies to patients who are being treated with chloroquine.

Let's see what the calculation would look like if we guesstimate the probability of two mutations arising sequentially in the same gene. We'll only deal with two mutations even though we know that more are required for effective chloroquine resistance. We'll assume that both mutations, by themselves, are neutral as the Summers et al. paper indicates. 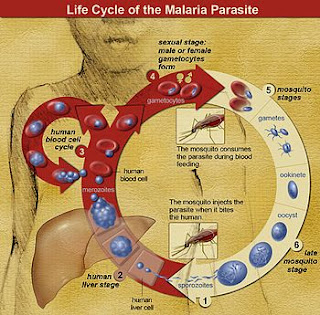 What I am going to do is try and get an estimate of the probability of creating a two-mutation chloroquine resistant strain in a single individual via a two-sequential mutations pathway. Behe seems to think that the data can only be explained by assuming that one or other of the mutations is deleterious.


What's puzzling to me is your thinking the exact route to resistance matters much when the bottom line is that it's an event of probability 1 in 1020. From the sequence and laboratory evidence it's utterly parsimonious and consistent with all the data—especially including the extreme rarity of the origin of chloroquine resistance—to think that a first, required mutation to PfCRT is strongly deleterious while the second may partially rescue the normal, required function of the protein, plus confer low chloroquine transport activity. Those two required mutations—including an individually deleterious one which would not be expected to segregate in the population at a significant frequency—by themselves go a long way (on a log scale, of course) to accounting for the figure of 1 in 1020, perhaps 1 in 1015 to 1016 of it (roughly from the square of the point mutation rate up to an order of magnitude more than it). So how do your calculations account for it?

We need to know the size of the Plasmodium falciparum genome. Data from the sequenced genomes at the Broad Institute show us that the genome sizes of various strains range from 20.88 Mb for strain Dd2 to 29.53 Mb for strain HB3. Let's assume 25 Mb.

We can calculate the average number of mutations that occur every time a Plasmodium cell divides. It's the mutation rate times the genome size times two (diploid).

Now let's think about what happens when a single cell infects an individual and starts to multiply. After 30 divisions there will be one billion cells (109). One more round of replication/division gives us two billion cells and during that round there will be ...


(109) × (125 × 10-3) = 125 × 106 new mutations
Since the haploid genome size is 25 Mb and there are two copies per cell, this means that almost all of the base pairs will be mutated in the entire population in that round of replication. They were mutated once in the previous generation and half were mutated in the generation before that etc. If you add them all up you can assume, for the sake of argument, that after 30 generations (one billion cells) every base pair will have been mutated several times. There are three possible substitutions for each base pair so it might take another generation to ensure that all possible mutations have happened. (This is important since the mutations to chloroquine resistance required specific substitutions.)

Let's assume that after 30 generations (one billion cells) all possible mutations are present in the population. It's a reasonable assumption. The probability of this happening in an infected individual is essentially one (1). It's practically guaranteed. The majority of mutations will have occurred in the last few generations. 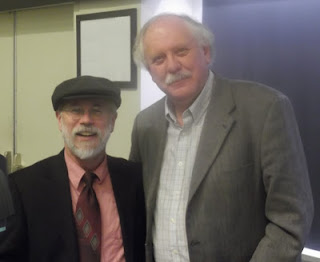 Now, according to Michael Behe, there are one trillion parasites in an infected person. Let's assume that somewhere around the billion cell stage one of the required mutations has occurred. We now have a single cell with one the mutations needed for chloroquine resistance.

What is the probability that the second mutation will occur in its descendants? Going from one billion cells to one trillion cells requires 10 more cell divisions. Thus, each of the cells in the population of one billion will produce 1000 descendants before the entire population reaches one trillion cells. Recall that there are 1.5 × 10‐4 mutations per cell per generation so that means that the lineage with the required mutation will accumulate an additional ....


(1000) × (125 × 10-3) = 125 mutations
The probability that the other required mutation will occur is roughly 125/25 Mb = 5 × 10‐6, or about five in a million. It's actually half that value since the second mutation has to occur on the right chromosome out of the pair. But it's double that number because according to Summers et al. (2014), it doesn't matter what order the mutations occur. It's one third that value because only one third of the possible mutations is effective.

Is this correct? Have I met the challenge?

[There are lots and lots of additional complications that Michael Behe never considers. For example, it's possible that there's a steady-state level of one trillion parasites that keep dividing and losing half the population due to overcrowding. This affects the calculations. We know that there are existing populations of Plasmodium that already have a high frequency (fixed?) of one or more of the required mutations (Summers et al. 2014). In some cases, a strain will only require a single additional mutation to become resistant to chloroquine. You can't possibly calculate reliable probabilities for a species with hundreds of different strains and so much variability.]