IDiot book by Stephen Meyer can't be refuted by scientists 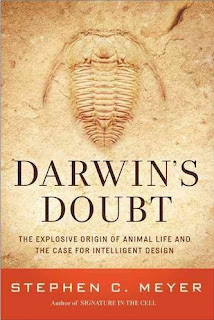 The IDiots at the Discovery Institute have evolved something that they think is a winning strategy. They publish a book that has lots of scientific-sounding words then they embark on a massive publicity campaign to promote it as the latest scientific breakthroughs showing that evolution is wrong (and, therefore, God did it). Then they wait for the bad reviews to come in and concentrate on rebutting the reviewers. They get as much publicity by pretending that the reviewers are biased as they do from selling the books in the first place.

They use four main tactics to avoid admitting that they are wrong [see What Do You Do When All the Reviews Are Bad?]. One of them is to claim that all the reviewers are ignoring the main arguments in the book. That's what Stephen Meyer does in the video below. It's titled, "The Biggest Failure of Critics." (Warning, this has been tested with the Mark X Irony Meter and it passes. I can't guarantee that earlier models will survive.)


Stephen Meyer is being somewhat disingenuous in this video. (Yes, I know you must be shocked.) It's true that the book talks about the origin of information but, as all IDiots know, evolutionary biology accounts for life on this planet. Thus, the real enemy is evolution and that's what needs to be defeated. Meyer does not present a new theory of how information arose, instead he attacks evolution. In this case, the focus of his attack is entirely devoted to showing that scientific evidence cannot explain the Cambrian explosion.

He explains the real main argument of the book in the Preface (page ix).


... despite the widespread impression to the contrary—conveyed by textbooks, the popular media, and spokespersons for official science—the orthodox neo-Darwinian theory of biological evolution has reached an impasse nearly as acute as the one faced by chemical evolutionary theory. Leading figures in several subdisciplines of biology—cell biology, developmental biology, molecular biology, paleontology, and even evolutionary biology—now openly ctiricize key tenets of the modern viersion of Darwinian theory in the peer-reviewed technical literature. Since 1980, when Harvard paleontologist Stephen Jay Gould declared that neo-Darwinism "is effectively dead, despite its persistence as textbook orthodoxy," the weight of critical opinion in biology has grown steadily with each passing year.

The book is an attack on evolution using the Cambrian explosion as an example.

I'm not an expert on very many things but I do know a little bit about molecular evolution. That's why I concentrated on showing why Meyer is wrong about the molecular evidence for evolution. Here's what I wrote in Darwin's Doubt: The Genes Tell the Story?.


The point is that molecular phylogenies demonstrate conclusively that the major groups of animals share common ancestors AND that the overall pattern does not conform to a massive radiation around 530 million years ago. Also, it's very clear that the pattern is consistent with evolution and not with God creating all the animals at once. 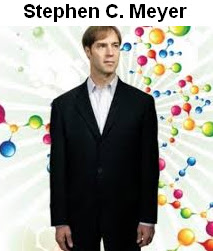 Stephen Meyer has to address this evidence because it casts doubt on his main theme (God did it). I suppose I don't need to tell you what he says ... it's typical creationist denial. He claims that the evidence doesn't exist. Here are his reasons ...
The conclusion is ....


Comparative genetic analyses do not establish a single deep-divergence point, and thus do not compensate for the lack of fossil evidence for key Cambrian ancestors—such as the ur-bilateran or the ur-metazoan ancestor. The results of different studies diverge too dramatically to be conclusive, or even meaningful; the methods of inferring divergence points are fraught with subjectivity; and the whole enterprise depends on a question-begging logic. Many leading Cambrian paleontologists, and even some leading evolutionary biologists, now express skepticism about both the results and the significance of deep-divergence studies.

I'll give you links to five of my posts that refute Stephen Meyer's main argument that evolution is wrong. I challenge him to show me why my arguments are wrong and why his book is correct.


His main thesis is that all the animals appeared suddenly in the Cambrian and there's no evidence that they arose from ancestors living earlier in the Precambrian. Unfortunately for him, there IS plenty of evidence in the form of molecular evolution. By comparing genes and proteins we can show that all the animal groups are related to one another and that their common ancestors are spread out over a considerable period of time as shown in the phylogenetic tree below from a paper by Dunn et al. (2008). 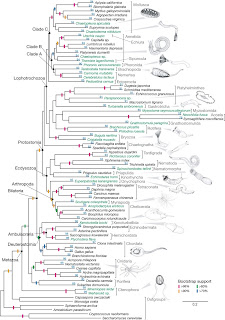 This evidence is a serious problem for Meyer so he has to deal with it in his book. He tries to discredit the entire field of molecular evolution by challenging the basic assumptions [Stephen Meyer Says That Constant Mutation Rates Are a "Questionable Assumption"], by setting up a strawman [Stephen Meyer Says Molecular Data Must Be Wrong Because Different Genes Evolve at Different Rates], and by pointing out that molecular dating is not precise [Stephen Meyer Says Molecular Evidence Must Be Wrong Because Scientists Disagree About the Exact Dates]. His most ridiculous argument1 against molecular evolution is that the results must be wrong because there are no transitional fossils from before the Cambrian Explosion! [The Cambrian Conundrum: Stephen Meyer Says (Lack of) Fossils Trumps Genes]

None of those arguments stand up to close scrutiny but, as I warned you last week, there are actually five arguments against the validity of molecular evolution [Darwin's Doubt: The Genes Tell the Story?].

Are you ready for the final argument showing that molecular evidence must be discounted?

It's because all those phylogenetic trees are based on the assumption than the genes being compared are homologous. But "homologous" means that the genes share a common ancestor and that's exactly what the phylogenetic trees are supposed to show. Therefore, the entire enterprise is one big circular argument and none of the molecular evidence is valid. (In fact, the entire field of molecular evolution is based on a circular argument according to Stephen Meyer.) [Stephen Meyer Says that "Homology" Is a Problem in Molecular Evolution]