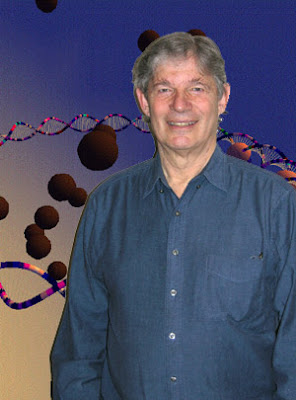 The Centre for Inquiry in Toronto is sponsoring a talk by Stuart Kauffman this Friday evening.

REINVENTING THE SACRED:
How the Paradigm of Emergence Offers New Scientific Views on the Origin of Life and Biodiversity, Economics, Ethics, and Spirituality

Stuart Kauffman, Institute for Biocomplexity and Informatics, University of Calgary

Part of our ongoing Voices of Reason lecture series - Centre for Inquiry.

The event is open to the public.
Cost: $7 general, $4 students, FREE for Friends of the Centre

A catered reception at 6pm at the Centre for Inquiry Ontario will be held with Dr. Kauffman exclusively for Friends of the Centre so join today by contacting us at ontario@centerforinquiry.net!

Check out Kauffman's bio on The Edge [Stuart Kauffman].

Kauffman's ideas are difficult to understand; although, in fairness, I haven't tried very hard. To me they seem fuzzy and ill-defined with more than a hint of spiritualism in spite of the fact that Kauffman is a non-believer.

Here's an example from an interview with the University of Calgary campus newspaper.

It turns out that the behaviour of genetic networks depends critically on the level at which the genes are connected. If they are heavily connected the system is chaotic, and if they are only lightly connected the system is ordered. An attractive hypothesis is that biological systems, like genetic networks, flourish in a “transition zone” between the ordered and chaotic regimes. I call this transitional phase the complex regime. So biocomplexity refers to biological systems that thrive in this balance between order and chaos. Other examples include the immune and neural systems.

The essence of Kauffman's idea, as I understand it, is that life has a built-in tendency for self-organization. He argues that if you replay the tape of life, very similar sorts of organisms will arise because the ones we see are highly constrained by the basic laws of chemistry and physics operating on our planet. In other words, evolving life doesn't have as many choices or options as we imagine.

It is the non-optionality of these "choices" that Kauffman wants to stress, and so he and his colleague Brian Goodwin (e.g., 1986) are particularly eager to discredit the powerful image, first made popular by the great French biologists Jacques Monod and François Jacob, of Mother Nature as a "tinker," engaging in the sort of tinkering the French call bricolage. The term was first made salient by the anthropologist Claude Lévi Struss (1966). A tinker or bricoleur is an opportunistic maker of gadgets, a "satisficer" (Simon 1957) who is always ready to settle for mediocrity if it is cheap enough. A tinker is not a deep thinker. The two elements of classical Darwinism that Monod and Jacob concentrate on are chance on the one hand and, on the other, the utter directionlessness and myopia (or indeed blindness) of the watchmaker. But, says Kauffman, "Evolution is not just 'chance caught on the wing.' It is not just a tinkering of the ad hoc, of bricolage, of contraption. It is emergent order honored and honed by selection." (Kauffman 1993, p. 644).